Advantages and Disadvantages of Fasting for Runners

Food is fuel, especially for serious runners who need a lot of energy. It may seem counterintuitive to fast before a workout, but some proponents claim it can benefit your performance. Fasting can also be dangerous, especially when combined with strenuous physical activity. Always consult your physician before making any extreme changes to your diet plan.

VIDEO OF THE DAY

A fast generally refers to a time during which you eat no solid food. You can do a juice fast or a true fast, which consists of just water. Fasts can last from just 12 hours -- such as overnight -- to as long as two weeks. A practice called “intermittent fasting” involves alternating days of water fasts with days of full meals.

A study published in the July 2010 issue of the “Journal of Science and Medicine in Sport” found that participants -- especially men -- who exercised after an overnight fast experienced greater training-induced improvements in the ability to use oxygen and energy stores in the muscles. The study looked at the effects of endurance cycling over four weeks rather than running, however. A 24-hour fast prior to running can increase your body’s ability to use fat and lowers the rate at which your body takes glycogen, or energy, from the muscles, noted a landmark study published in 1986 in the “Journal of Applied Physiology.” Endurance runners might fast before a run to train the body to use fat for energy, but these fasts last just several hours, not several days. Proponents of longer fasts claim fasting can increase your energy levels because you use less effort for digestion and can then direct that energy to your exercise efforts. A 2003 study of intermittent fasting, published by the proceedings of the National Academy of Sciences, details some potential benefits, including better memory and a potential decrease in your risk of some diseases. No studies have looked at the benefits of intermittent fasting or long fasts on running performance.

Fasting can leave you with little energy in your tank. You may not be able to go as long or as fast when you have not eaten for a long time. A 1997 issue of the “International Journal of Sports Medicine” published a study indicating that a pre-exercise meal consisting primarily of carbohydrates improves runners’ endurance. An August 2011 edition of the same journal published another study showing that eating the right carbohydrates the day prior -- meaning not fasting -- can significantly improve race day performance among elite marathoners.

Even short overnight fasts before a run can result in nausea, dizziness and weakness. Long-term fasts can lead to nutritional deficiencies and could cause your body to burn muscle for fuel. Burning muscle could leave you weaker in the long run and less able to tackle hills and speed. No scientific studies support fasting as a way to promote health. Fasting can be dangerous for runners with particular medical conditions, such as diabetes.
For further information log on website :
https://www.livestrong.com/article/553091-advantages-and-disadvantages-of-fasting-for-runners/
at June 22, 2018 10 comments:

Refeeding syndrome is a risk that is often associated with patients beginning a tube feeding program because they have often been receiving inadequate nutrition for a prolonged period associated with difficulties chewing or swallowing. However, anyone in a state of malnutrition -- including someone ending a prolonged fast -- is at risk of developing refeeding syndrome when they resume normal nutrition.

VIDEO OF THE DAY

The introduction of large amounts of carbohydrates into a body that is moderately to severely malnourished can lead to a severe imbalance in the electrolytes potassium, phosphorus and magnesium. These electrolytes are necessary in the formation of new tissue, which is primarily what a malnourished body will use carbohydrates to do to replace the tissues that were broken down during malnutrition. The severe shift in electrolytes results in a reduction in the excretion of salt and water, precipitating a fluid overload that may result in heart and lung complications and even death.

Although fasting is done for a number of reasons, the effect of fasting on the risk of developing refeeding syndrome is the same. A person who has been struggling with an eating disorder such as bulimia nervosa or anorexia nervosa is not fasting for the same reasons as someone who chooses to fast for meditative reasons, but they are both malnourished. The effects of fasting can also be seen in people who have been receiving inadequate nutrition due to financial hardship. Although patients with inadequate intake as a result of mechanical eating problems with chewing or swallowing are not in a state of absolute fasting, they are also malnourished and at risk of developing refeeding syndrome when normal nutrition resumes.

Your physician or dietitian can evaluate your nutritional status for malnutrition and risk of refeeding syndrome. In cases of high risk, health professionals administer conservative amounts of carbohydrates to allow the patient's body to adapt with a lower risk of developing refeeding syndrome. During this time, electrolytes are also closely monitored and appropriately supplemented to support tissue generation and fluid balance.

If you believe that you may be at risk for refeeding syndrome, consult your physician or dietitian for treatment and an appropriate diet. Signs of refeeding syndrome mostly pertain to excess fluid. Sudden weight gain from fluid retention as well as swelling, especially around the ankles and other joints, are both potentially signs of refeeding syndrome. If you experience these symptoms after resuming normal eating post-fast, consult your physician or dietitian immediately.
For further information log on website :
https://www.livestrong.com/article/473870-refeeding-syndrome-after-fasting/
at June 22, 2018 1 comment:

Advantages and Disadvantages of Fasting for Runners

Author BY   ANDREA CESPEDES  Food is fuel, especially for serious runners who need a lot of energy. It may seem counterintuiti... 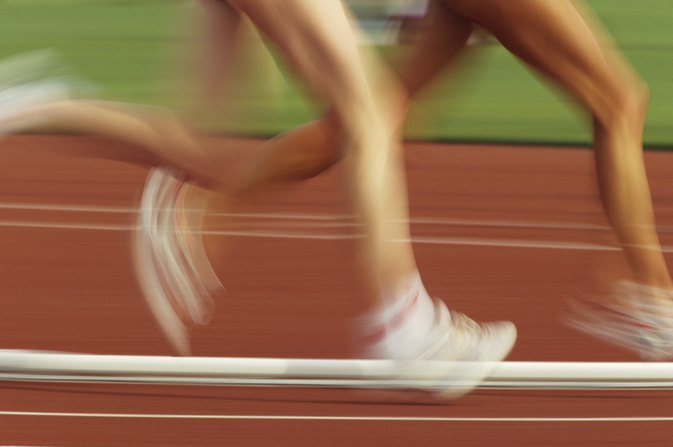